The Silence, The Series, & The Season of Sungwoo

Positive reviews for The Silence, The Series, & The Season of Sungwoo

“This is a love story that starts with the most remarkable fans I’ve known while spending more than four decades as a sportswriter — those who passionately support the Kansas City Royals, a franchise that descended into a laughingstock for nearly 30 years after winning the 1985 World Series. That spirit somehow endured through the generations, although it often required a hard shell of cynicism to protect the heart. Enter a young Korean named Sung Woo Lee, who came to embrace the Royals, for all their failings, with relentless optimism from a world away while nurtured only by the internet and various social media. His devotion struck a chord in Royals fans, who bonded together in 2014 to bring him to Kansas City to share directly in their sweet misery.

The story, if it ended there, would validate the special nature of Royals fans. Only it didn’t end there. Inexplicably, the Royals followed Sung Woo’s arrival by embarking on a magical run that carried them to the final out of the final inning of the seventh game of the World Series. Was Sung Woo a charm? Who knows? But this much is certain: He believed and, soon, others began to believe. Chris Kamler recounts it all here as only he can.

Chris is an iconic master of the social media who makes the transition here to a more traditional narrative. He is also among those who, through the thin-and-thinner years, wanted nothing more than a club worthy of his love. Founder of Baseball Prospectus and writer for Grantland.com:

“This is a story about how community brings people together. I knew the power of the Royals community to embrace its own before SungWoo ever arrived in Kansas City, because I myself have been the beneficiary of that community. I’ve never lived in Kansas City, and have spent the last 20 years living first in Detroit and then Chicago, and yet I think of Kansas City as my second home. My family doesn’t live in Kansas City, but my people do. Chris Kamler is one of those people.

If you know this story, I hope this book helps you to relive it in all its improbable glory. If you don’t know this story, you’re in for a treat. But not nearly the treat it was for those of us blessed enough to live it.

It’s a story I can’t wait to tell my grandchildren one day. And who better to tell you that story than the guy who, like a mad alchemist playing with forces he didn’t fully understand, started the chain reaction that made it all happen

The answer is no one. No one is better.” 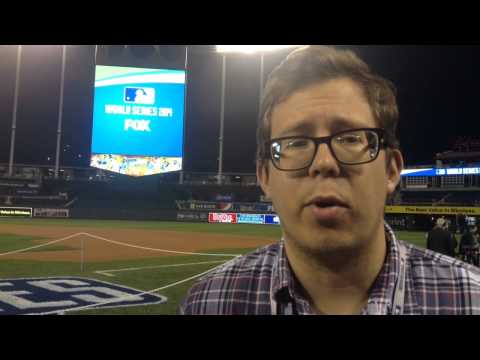 Due out in March is “The Silence, The Series & The Season of SungWoo,” Chris Kamler’s recounting of the events that brought SungWoo Lee, a longtime Royals fan from Seoul, South Korea, to Kansas City and wove him into the tapestry of the club’s World Series season.

The book tells the story how a small group of Royals fans in KC — who’d never met in person — came together through social media to show SungWoo the time of his life … and how SungWoo’s presence here in August seemed to spark the Royals themselves to ever greater heights.

In all, it’s an easy-reading 174-page effort that includes numerous photos, a foreward by well-known Royals blogger Rany Jazayerli and an epilogue by SungWoo himself.

The Silence, the Series, and the Season of Sungwoo

Theme by Anders Noren — Up ↑